The Application of 3D Printing In Movies

Nowadays, with the development of technology, the computer will easily complete many shots that are almost impossible to show in reality. But many directors still prefer the lens effect shown by real objects. The following are the applications of 3D printing technology in movies. 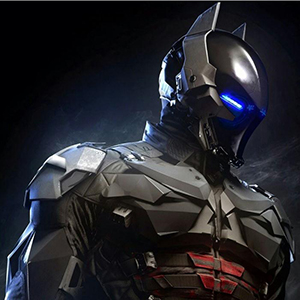 In the early days, almost all film props were hand-made by combining clay, plaster, foam, fabric, wood, etc. Nowadays, props designers can use the FDM 3D printers or the UV-LCD resin 3D printer to design props and makeup effects. There are obvious benefits of using desktop 3D printers or Resin 3D printers in films.

a: Low cost. Hand-made props always require several materials to finish the objects, resulting in waste in each material, and meanwhile, the labor cost of making props is very high. But now, creating the models by a desktop 3d printer or industrial 3d printer according to the printing materials. PLA, ABS, TPU, Carbon Fiber, etc. 3d printer filament are available at an affordable price.

b: High efficiency. The same props can be printed by 3d printers with only one material without any( or very little) waste. And models can be finished in few hours compared with the hand-made which will cost few days or even few weeks.

Stop motion animation essentially depends on the presentation of the physical effects of the shooting object, especially the pose and customizable dolls. It requires carefully placed objects to gradually move with each frame, so 3D printers can help create as many facial expressions, props, and character changes as possible to make the animation as smooth as possible. Animation Studio LAIKA is famous for its use of 3D printing in stop-motion animations. The most famous ones are " Ghost Mother" and " Kubo and Ergengin". Both of these animations use alternate animation, in which the head of the doll or the face is replaced with slightly different versions between frames, resulting in different facial movements. For the "Mama Ghost" work, LAIKA 3D printed 20000 different heads, creating a wide range of facial expressions throughout the film.

The task of the production designer is to create the room and background for the screen. In the past, 3D printers inlays were mostly complex small parts, but with the introduction of large-scale 3D printers, now designers can produce huge inlays overnight. The space travel biopic " The First Man" shows an example of how to use large-scale 3D printing in set design. Production designer Nathan Crowley's work for the film involved the use of a large-scale printer 3D printer to create an isometric replica of the legendary Apollo 11.