The picture below is a print from a filament based 3d printer. 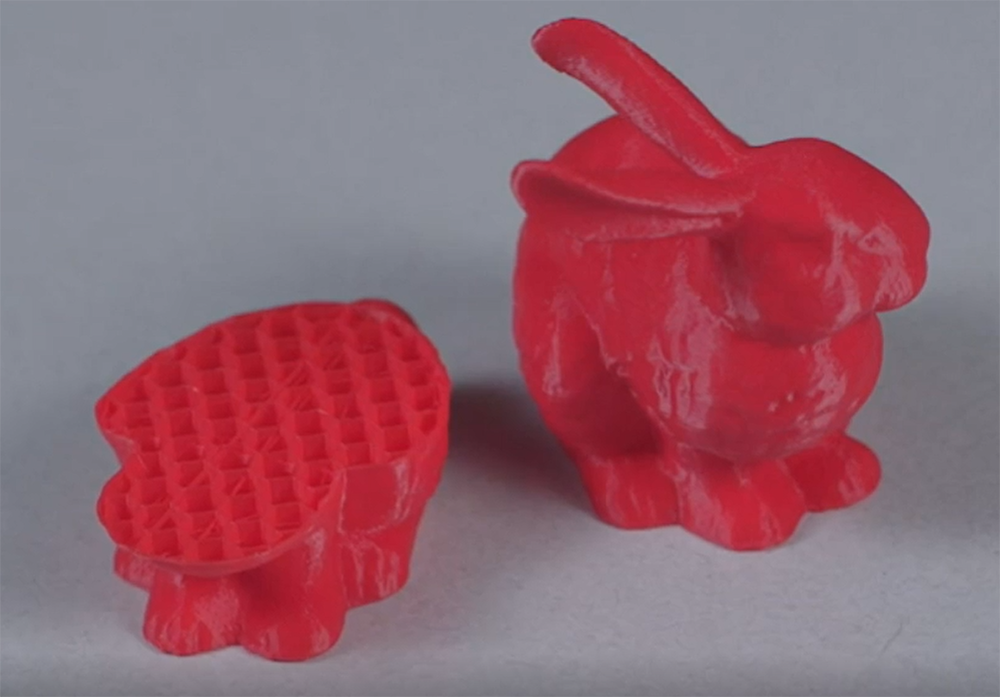 The technology has several names such as:

FDM: Fused Deposition Modeling, which is an additive process where the material is fused layer by layer in a specified pattern to create a 3D object.

FFF: Fused Filament Fabrication, which is commonly used by RepRap communities and other desktop 3d printers.

PJP: Plastic Jet Printing, which is the term sometimes used. So how does this technology work? With a high accuracy computer controlled glue gun, it pushes plastic filament through the nozzle, draws 2D layers, and prints the design layer by layer from the bottom to the top. 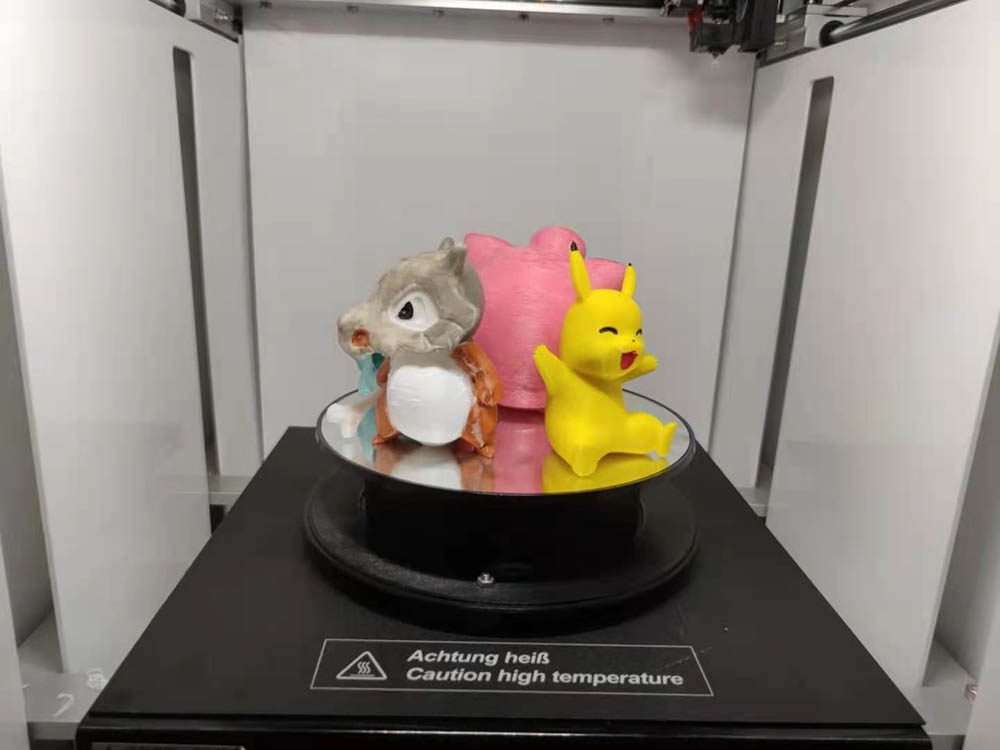 The printer’s resolution can be measured by layer height. For this type of 3d printer, its resolution is varietal. It is measured in microns or millimeters. 100 microns equals to 0.1 millimeters.

Most prints are not solid. The printing with the outside wall is called geometrical figure, and the pattern in the inside us called infill. The infill pattern varies depending on the use. 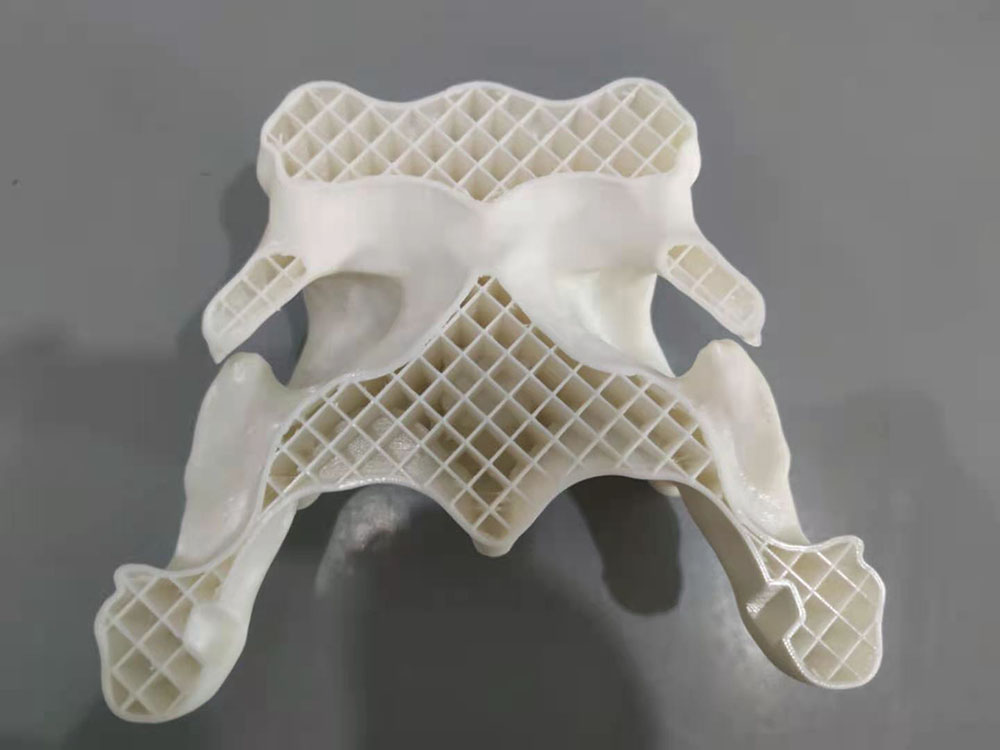 Most consumer grade printers use filament, which can be purchased from a wide variety of channels.

How much can 1 roll print? Quite a bit actually. In this case, about 20 rabbits of about 100 millimeters tall.

Commonly we use ABS filament, or PLA filament, which is a combined plastic, mainly made from corn. 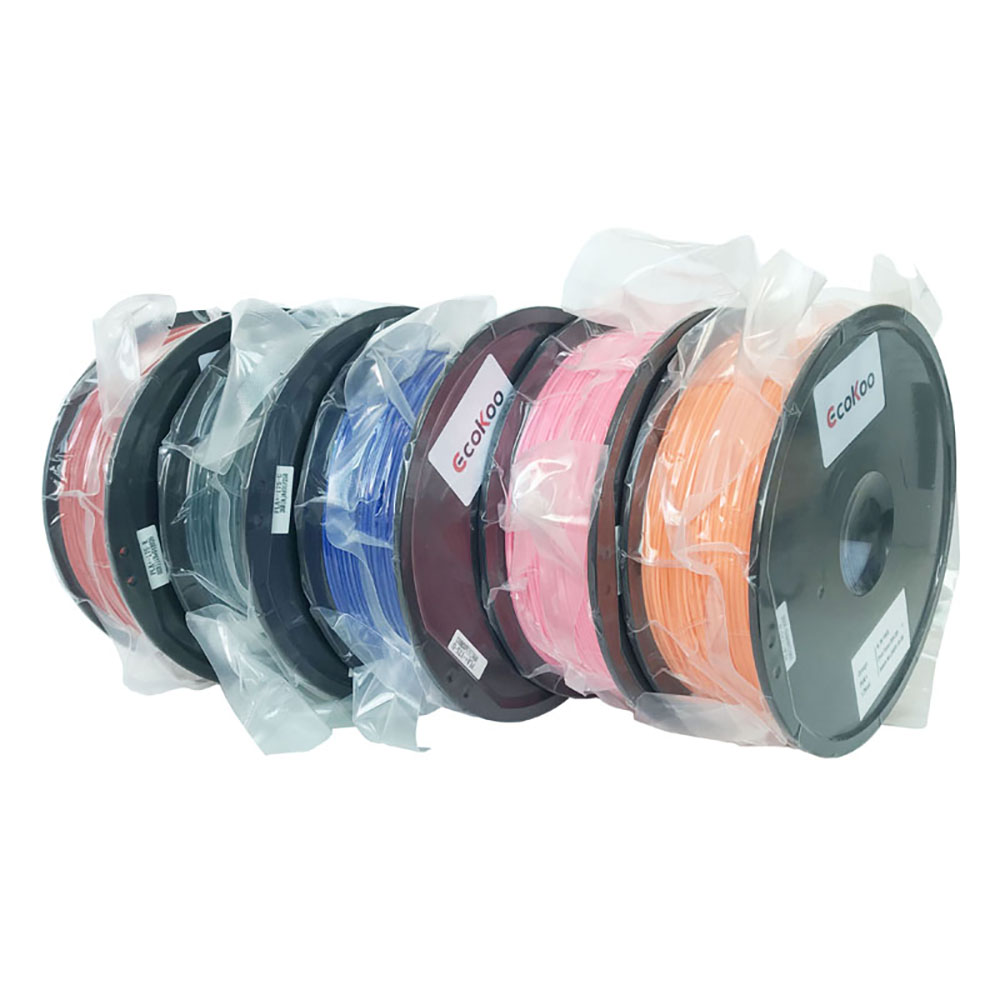 One of the main differences between desktop printers and commercial printers is “ how to handle the support material ”.

3d printers build the objects in layers, and it can’t print in midair, the parts in the air can be difficult to print.

Commercial printer handles this by printing 2 materials at once. The plastic uses one nozzle, and the second material which can be easily washed away after the print is finished uses another.

Desktop printers are different, they often have one extruder and print one material at a time. If the part of the printing object is over 45°, support material is required, and the support need to be cleaned up with knife. 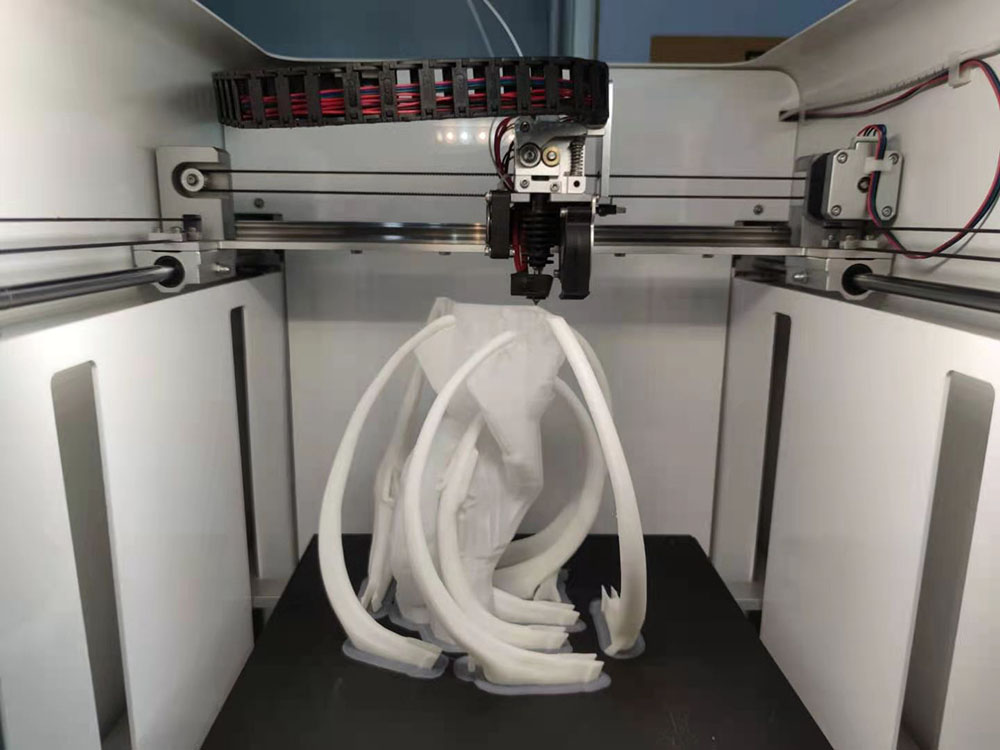 So who this kind of desktop printer is best for?

That the low-cost filament and no special equipment is required to move support materials makes the desktop fused filament printers become a great choice for hobbyists, individual offices and schools.